Now, to be fair and putting this out there, there is nothing wrong with Archtypes.  Sometimes they’re useful to a story.  They’re familiar and comforting which helps audiences to ease into the novel knowing what certain characters are like without having to pay too much attention.

The problem comes when the bulk of fiction doesn’t break from these predetermined characters.  Cordelia Fine talks about how gender expectations unconsciously affect everyone and how in her phenomenal work, Gender Delusions. 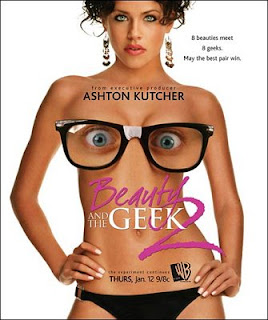 Because, facts are in about women’s representation in the media and it’s not a very positive story.  This article by Paul T Harper gives an excellent low down on how women not only feature less in television media, but that the depiction is also backwards and negative.

Stories have a power about them.  Research shows that people remember Emotional Memories which are given a greater resonance by the brain.  If I tell you a beautiful, cautionary tale about looking both ways before crossing the street, it’s probably going to be more powerful to your memory than just telling you the straight out statistics.

Even worse is studies showing that reading material affects the way little girls and boys see themselves (which you can read about in Cordelia Fine’s fantastic book, Delusions of Gender linked above) which is troubling considering studies find gender bias in children’s literature!

So what this means is that every book with a shy, quiet, ordinary girl who likes to read reinforces that that’s what you’re supposed to be.  Every mean, blonde girl character who is popular and pretty reinforces people’s expectations that either popular girls are mean or that if you are popular, you should be mean to other people.  Every time a woman goes hysterical under stress while a man sorts out the problem, creates another illusion that that’s what is expected of us.

I understand why writers do it because I’ve done it too, lots of times.  Your character is running through the landscape, defeating evil etc and suddenly you realize you need a wise old hermit to give advice.  So your character goes to him and everything is cool.

But stop and ask yourself, why?  Why did your character have to go to him?  Why couldn’t your character have gone to her?  Next time you need a good King Richard stand in to help the hero, why not a Queen?  And don’t even make an issue that it’s a woman.  Don’t be like, “He went to the Queen for help.  The King had died many years before and left her in charge, but don’t worry, audience!  She’s good!  We swear!”

Don’t make a deal out of it.  She just is!  And you know what?  She doesn’t have to be white, either!  But we don’t need to make an issue of that!  We don’t need a fifteen minute spiel about how the African, lesbian Queen is really a good ruler and that the main character doesn’t have a problem with it.  Also, that character doesn’t necessarily need to talk funny OR use poor grammar.  I know, shocking right?    Don’t write the stereotype just so that you can say you are inclusive.  That isn’t what this is about.  It’s about changing the way we see the world.  Because you know what?  The bulk of worldly wisdom is not held by celibate white men in loincloths.   Even more shocking, I know!

So, if you’re a writer, the next time you’re doing a scene and you need a character, just stop and think about changing whose playing the role, not the role itself. You want a heroic character to battle evil, win the day, use their brains and logic to defeat the bad guys and charm their significant other with wit and personality?

Congratulations, the range for what that character would look like is now endless.

3 Responses to “Changing the Archtype”