Buzz has moved back to Mondays, ready to corrupt your soul and get your week started right!

In this week’s Buzz Worthy News: We have your Fifty Shades of Grey movie round-up, News on The Winds of Winter and apparently, we know nothing about Jon Snow, Marvel’s announcement of A-Force and more!

To celebrate the release of the BEST MOVIE EVAR coming out this Friday, we bring you a round up of the newest and best Fifty Shades of Grey Buzz. (And for those of you who want to shoot me right now, here is a little present to get you through the rest of this.)

Everyone is still talking about how the director Sam Taylor-Johnson and the writer E. L. James did a lot of fighting on set.

Our final bit of news comes courtesy of The Mary Sue, who reports that E. L. James has confirmed the making of the sequels:

Any disturbance you may have felt in the Force over the weekend was justified: at a fan event last Friday, Fifty Shades stars Jamie Dornan, Dakota Johnson, director Sam Taylor-Johnson, and author E.L. James announced that the movie adaptations of Fifty Shades Darker and Fifty Shades Freed are officially happening.

But here is a little something to ease the pain.  I give you Fifty Accents of Grey with Jimmy Fallon:

In what seems kind unusual to me, (studios don’t usually have authors adapt their own books for movies, do they?? I mean, if E.L. James had done FSOG, I think we would have all died a little.) Universal has hired Lauren Oliver to adapt her book, Panic.

Universal picked up the rights in a bidding war in 2013 in advance of the book’s spring 2014 release from HarperTeen, an imprint of HarperCollins. The book was a hot property due to the success of Oliver’s previous novels, the New York Times best-selling Delirium trilogy and the 2010 hit Before I Fall, which was set up at Fox 2000.

The story takes place in a small town and features a cast of teens who are competing in fear trials for a chance to win a prize. Alliances are forged, secrets are revealed and first loves face tests of courage.

Having the author of the book also write the adaptation is one of the current hot Hollywood trends, especially following the success of Gillian Flynn in writing the script for Gone Girl, which proved to be a commercial and critical hit. Dennis Lehane adapted The Drop from his own short story Animal Rescue.

Oh look at that.  It’s a trend, I guess.  Well, this seems like an interesting idea for a book/movie, anyway.

New Word on The Winds Of Winter? 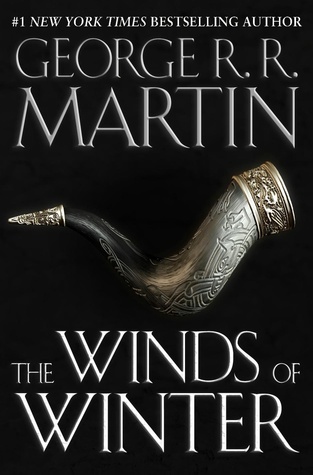 If you’re a George RR Martin fan like I am, you’re positively salivating at the thought of a publication date for his newest book, The Winds Of Winter.  I’ve heard several different dates given, but now Martin has come out (in response to yet another rumor) and said definitely that any date you see is a falsehood.

I certainly hope that THE WINDS OF WINTER is not on the schedule of ANY of my publishers. I have spent years trying to persuade them all not to schedule my books until they are completed and delivered. Scheduling, and then having to reschedule and postpone, just pisses people off. I’d rather not schedule at all until the date is real and certain.

Well, considering how long it took for book 5 to get published, this is probably a good plan.  Still, I WANNA KNOW!!! *sigh* 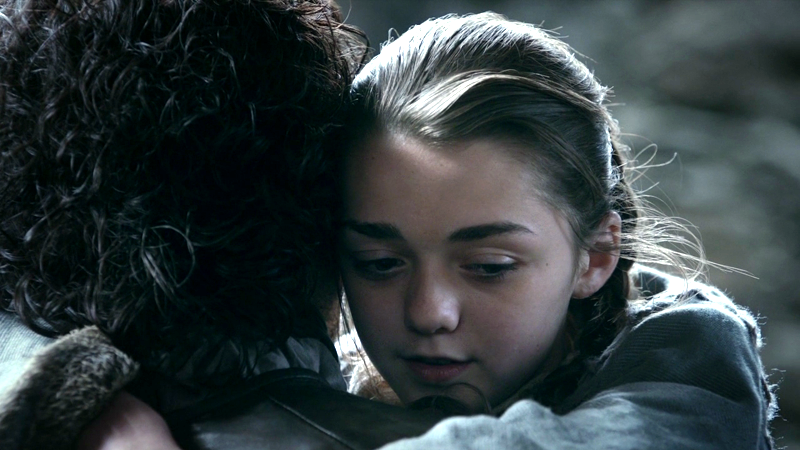 And speaking of Game of Thrones, I’ve read pretty much every theory about Jon Snow that can be found on the internet.  But did you know that in his original imaginings of his epic fantasy series, Martin intended for Jon Snow and Arya Stark to be mixed up in the weirdest love triangle EVER?

“Jon and Benjen [Stark] will not be able to help, to Jon’s anguish. It will lead to a bitter estrangement between Jon and Bran. Arya will be more forgiving… until she realizes, with terror, that she has fallen in love with Jon, who is not only her half-brother but a man of the Night’s Watch, sworn to celibacy. Their passion will continue to torment Jon and Arya throughout the trilogy, until the secret of Jon’s true parentage is finally revealed in the last book.”

And then there’s the weird bit about Tyrion.

“Exiled, Tyrion will change sides, making common cause with the surviving Starks to bring his brother down, and falling helplessly in love with Arya Stark while he’s at it. Tyrion is, alas, unreciprocated, but no less intense for that, and it will lead to a deadly rivalry between Tyrion and Jon Snow.”

While this is all very weird, and off-putting, to me it seems like it IS admitting that Jon is NOT Ned Stark’s real son, doesn’t it?

Also intriguing? THE FREAKING BLACKED OUT SECTION AT THE VERY END.  (good lord, I must know what it says.)

Despite the reboot of Batgirl and the upcoming female Thor, I don’t think it’s been obvious to comic creators that GRAPHIC NOVELS AND COMICS FEATURING WOMEN WILL NET THEM A LOT OF MONEY.  Marvel looks like they’ve finally caught on, however.

Coming in May to coincide with their Secret Wars event, the A-Force will include She-Hulk, Dazzler (!), and Runaways’ Nico Minoru (!!!!!!!), written by G. Willow Wilson and Angela: Asgard’s Assassin‘s Marguerite K. Bennett, with art by New Thor‘s Jorge Molina. Wilson said that they’ve “purposefully assembled a team composed of very different characters–from disparate parts of the Marvel U, with very different power sets, identities and ideologies.” Bennett added that their heroines “embody the ideals of what we can each strive to be.” The women will be faced with problems like what they must sacrifice for success, and what being a hero is worth.

And look at these gorgeous covers:

But that’s not all.  There will also be a new character: Singularity.

The internets are rife with speculation, but we’ll just have to wait to find out.

And speaking of comics and graphic novels, Scribd has added yet another element to their book subscription service.

Scribd has reached agreements that will add more than 10,000 comics and graphic novels to its e-book subscription service, all for the same monthly fee of $8.99.

Through the deal, Scribd is partnering with such comics publishers as Marvel (although not DC Comics as yet), IDW/Top Shelf, Archie Comics, Dynamite, Zenescope, and Boom! Studios. The new content agreements will also boost the total number of titles offered by Scribd, to more than 1 million.

Some of the titles offered include classics like Daredevil, Spider-Man, Archie and X-Men.  There will be a plethora of graphic novels to choose from as well. 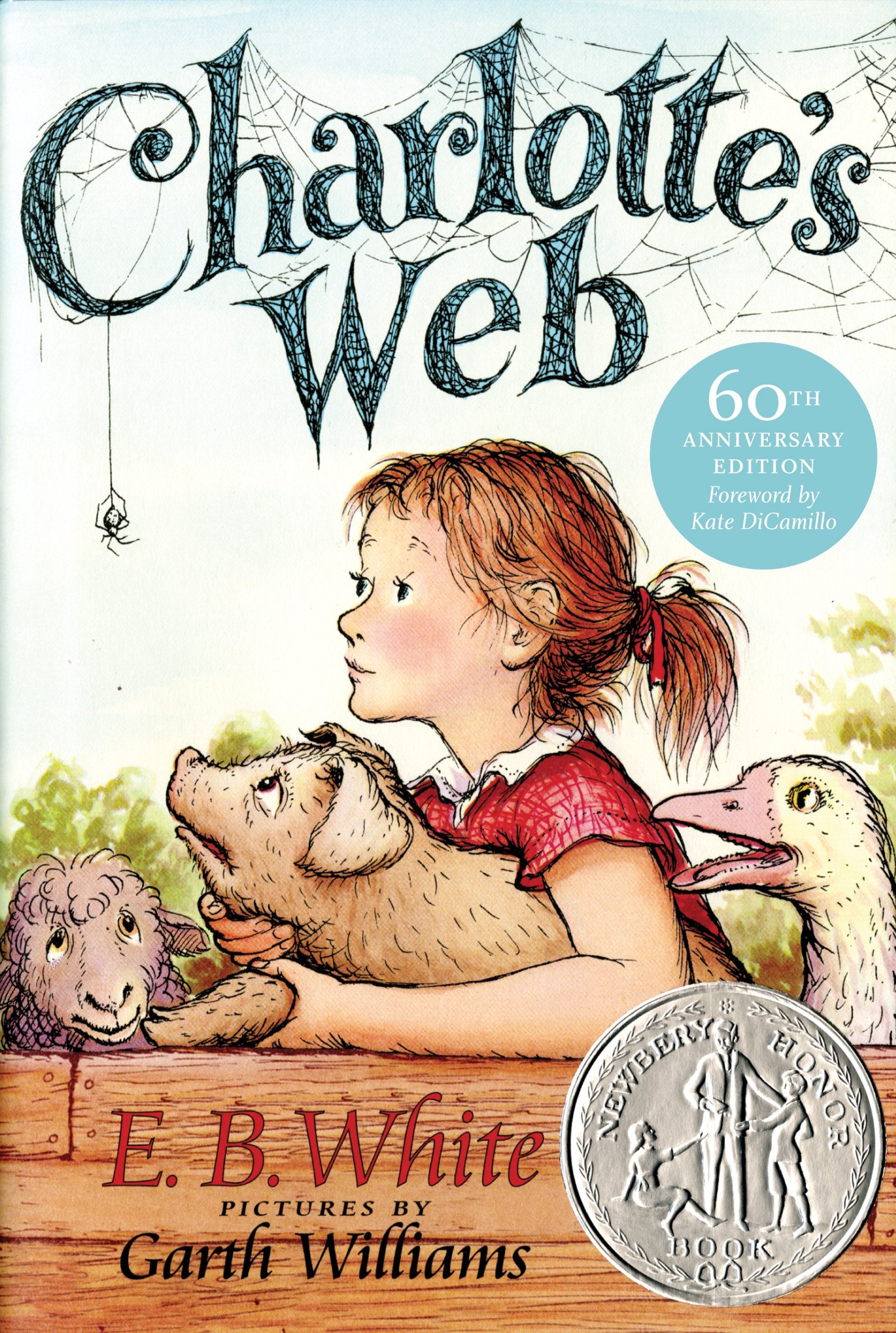 I think Charlotte’s Web was the first book I ever cried over.  (I read a lot of Nancy Drew when I was a kid and she always kicks ass, so.)  It’s definitely been on my mind to add to the collection I’ve been building for my kids.  But now I have the option of buying it as an e-book, too!

Charlotte’s Web and Stuart Little, both written by White and illustrated by Garth Williams, will be published digitally along with The Trumpet of the Swan, illustrated by Fred Marcellino.

Susan Katz, president and publisher of HarperCollins Children’s Books US, said: “We are thrilled to bring our three timeless E B White classics to the e-book world. We’ve been the home of these titles since they were first published more than 60 years ago, and we couldn’t be more excited to have a new generation of digitally-savvy readers discover and enjoy these books.”

Egmont USA: What Comes Next?