Cuddlebuggery Book Blog is licensed under a Creative Commons Attribution-NonCommercial-NoDerivs 3.0 Unported License.
Format: select
There is a trend in the Paranormal Romance Genre that had become extremely popular, unfortunately.  It’s hard to pinpoint when exactly it started in Paranormal Romance but we can see where it clearly became incredibly popular. 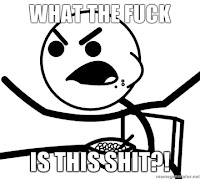